Kristin Yantis, principal at at the Denver-based Malen Yantis public relations, wanted a site that would wow her clients, the same way that she wows them with her hard work and great results.

The site needed to have that little something extra in order set it apart. Going above and beyond in order to meet the needs of a client is always an exciting challenge. In this case, finding ways to really make Kristin and her work shine, from their magazine spreads to their gorgeous retreats, was the main goal of the site.

The central focus on the site’s homepage is the curtain reveal on the homepage. With an image carousel to showcase their offerings, the image carousel itself became the screen for the curtain. As the user scrolled down the page, the carousel and nav menu scrolled up to reveal the main content of the site.

Cleverly integrated to maintain the SEO on the site, the curtain-raising effect was a hit with the client, and gave the site interaction with the users an example of the kind of out of the box thinking that MYPR could deliver for them in both new media and traditional ways. Working flawlessly across the device ecosystem, the responsive site was lovely as well.

The outcome was a lovely site that integrated and improved the client’s social media visibility on their site, allowed them to easily update their content, and gave them the kind of striking responsive website they were looking for. 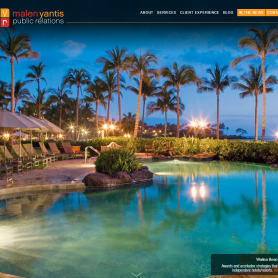 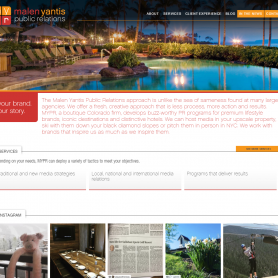 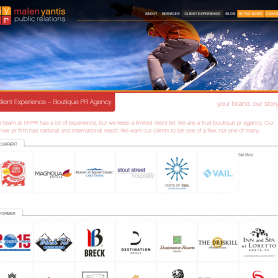 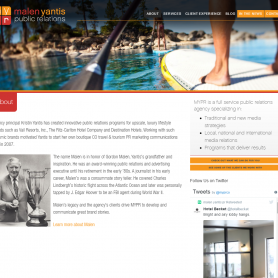